Celebrating the Restoration Day 3: Differences and Similarities in the First Vision Accounts 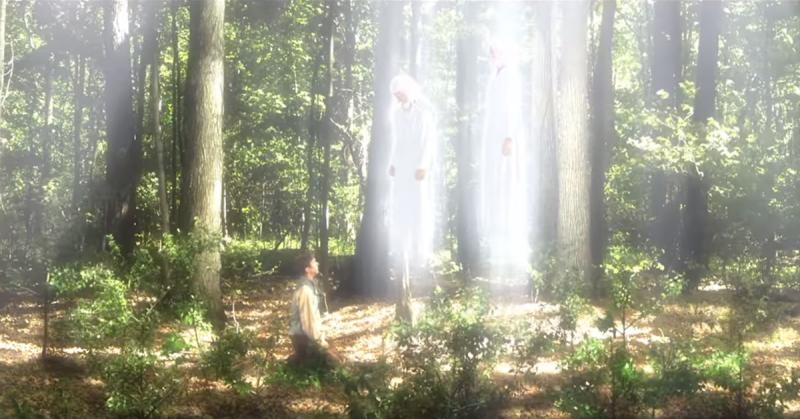 The article for today goes farther than any other publication in analyzing the elements mentioned by Joseph Smith in his accounts of his First Vision. The chapter below builds on an article published in 1970 by Professor James B. Allen in the official Church magazine, The Improvement Era. This chapter discusses in detail how the differences in these accounts can be understood.

A first step in understanding these accounts is to appreciate the various audiences that Joseph had in mind as he wrote or spoke about this overwhelming experience. This study offers a reader-response analysis for each of these accounts, suggesting how each audience would have heard Joseph's narrative. Usually it is clear that Joseph's style and also the details that he chose to include in each of his tellings were aimed at communicating most effectively with each audience in particular.

Next, this chapter organizes the details in these main accounts. Table 1 tabulates the circumstances or concerns that each account mentions as having played a role in leading up to the First Vision. Also in this table are particular rows helping to date the vision and in comparing the concerns that Joseph expressed in each account.

In Table 2, the details reported about Joseph’s quest and struggles in the grove are given. It is interesting to notice that some elements appear in several of these accounts, while other details appear only in a few. Interestingly, there is no particular chronological development evident in these scatter graphs. For example, some elements appear in the early accounts and also in the later accounts, but not in the middle accounts. These differences appear to be result of the various audiences and the lengths of time or space that Joseph had available for each of his tellings.

In Table 3, the data is organized showing what Joseph reported as having seen in each of these accounts. The various accounts do not contradict each other, but each adds to a full and interesting view of all that quite certainly happened in Joseph's original experience itself. Interestingly, no single detail is reported in every one of the accounts. On average, about four of the accounts will mention each of the points about what Joseph saw and asked.

And as seen in Table 4, the messages and information received by Joseph as this vision progressed are displayed. Joseph head and learned all that a person of his age and with his particular concerns could have asked for, and even more. At least ten different things were learned by Joseph Smith in the First Vision. In addition, he was told many other things that he was unable or told not to write.

These details all add up. They make sense, even though they were told at various times and to various audiences. They ring true. This is how true witnesses sound. They don't repeatedly give a rehearsed, stock account. They remember and include various details within the overall framework of their memory of what happened. For Joseph, the reality of having two personages appear, exactly like each other, and for God the Father then to introduce his Son Jesus Christ, saying "This is my beloved Son, hear him," was emblazoned upon his soul. This was the heart of Joseph's experience and testimony. 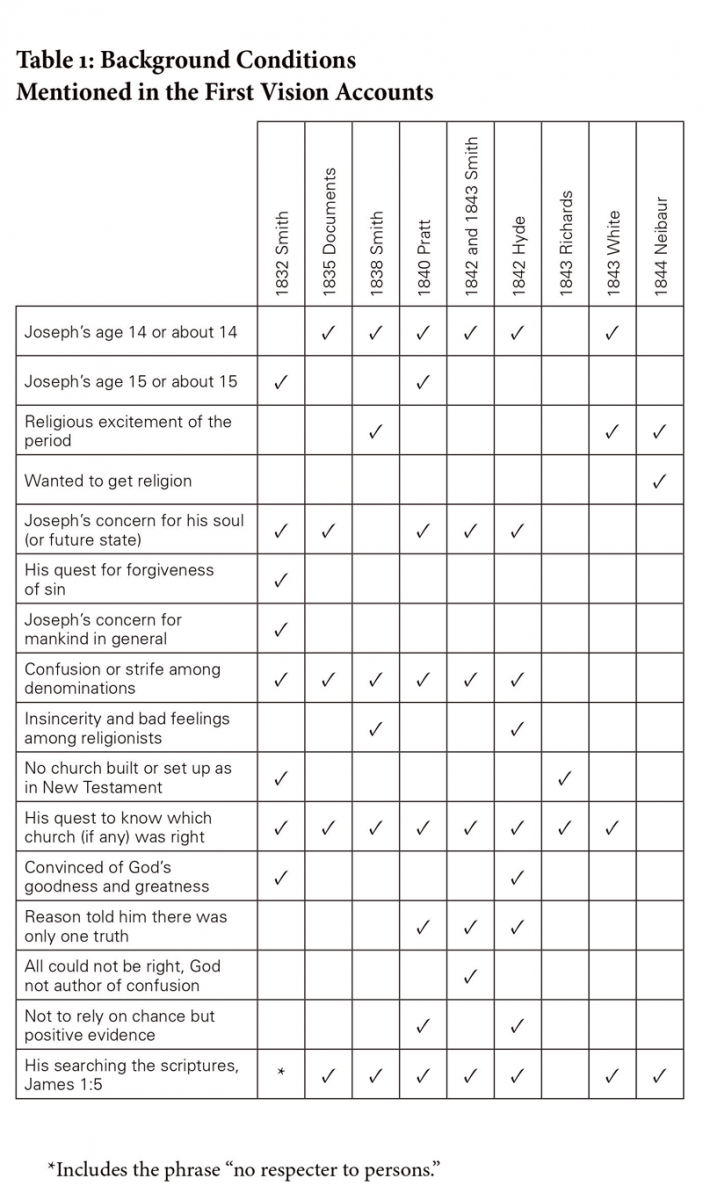 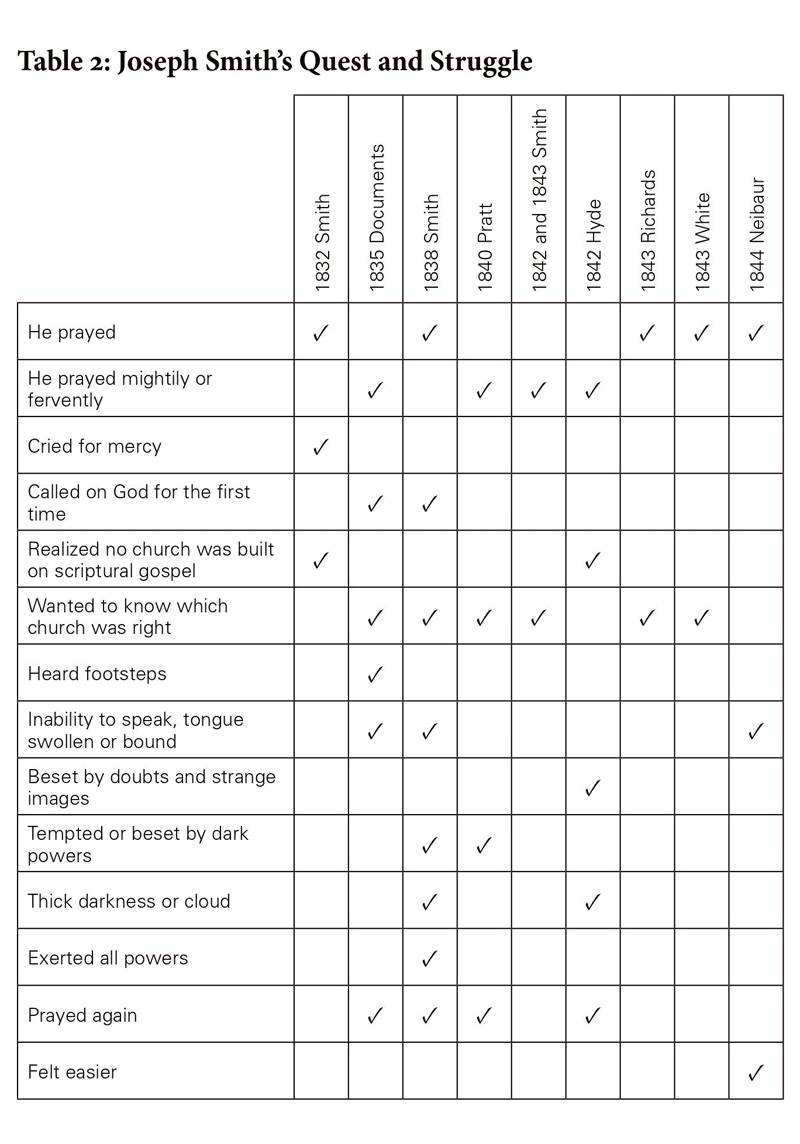 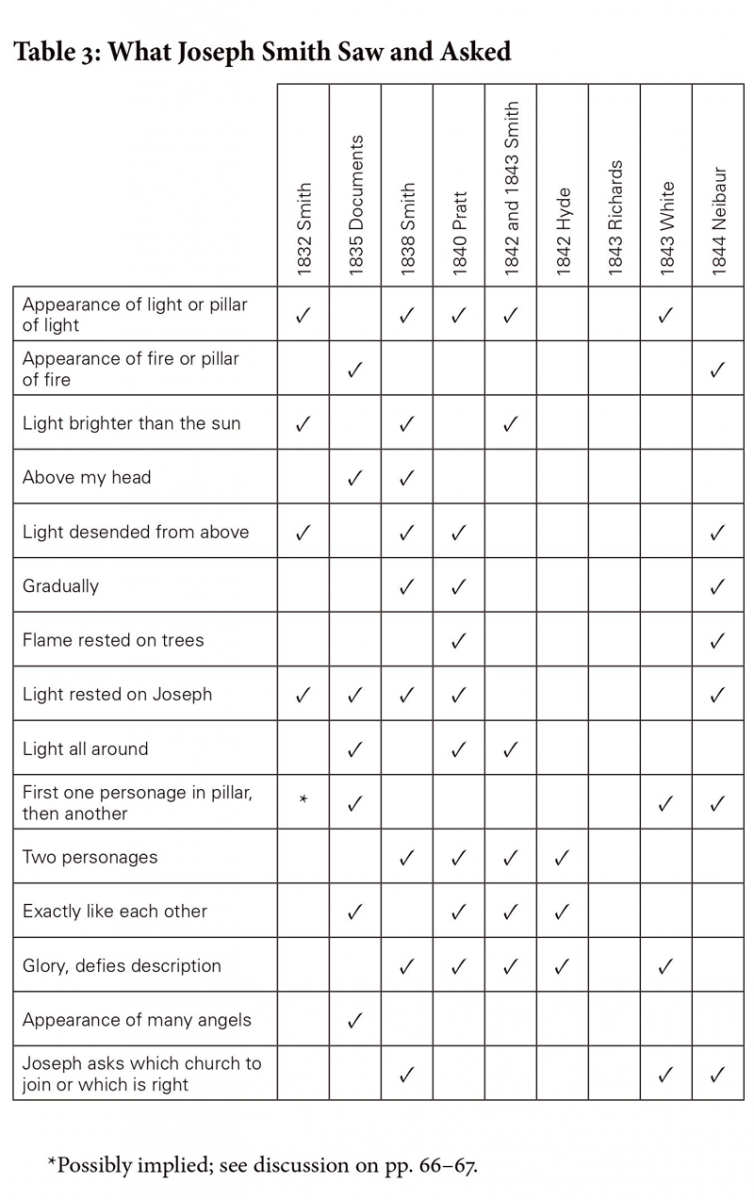 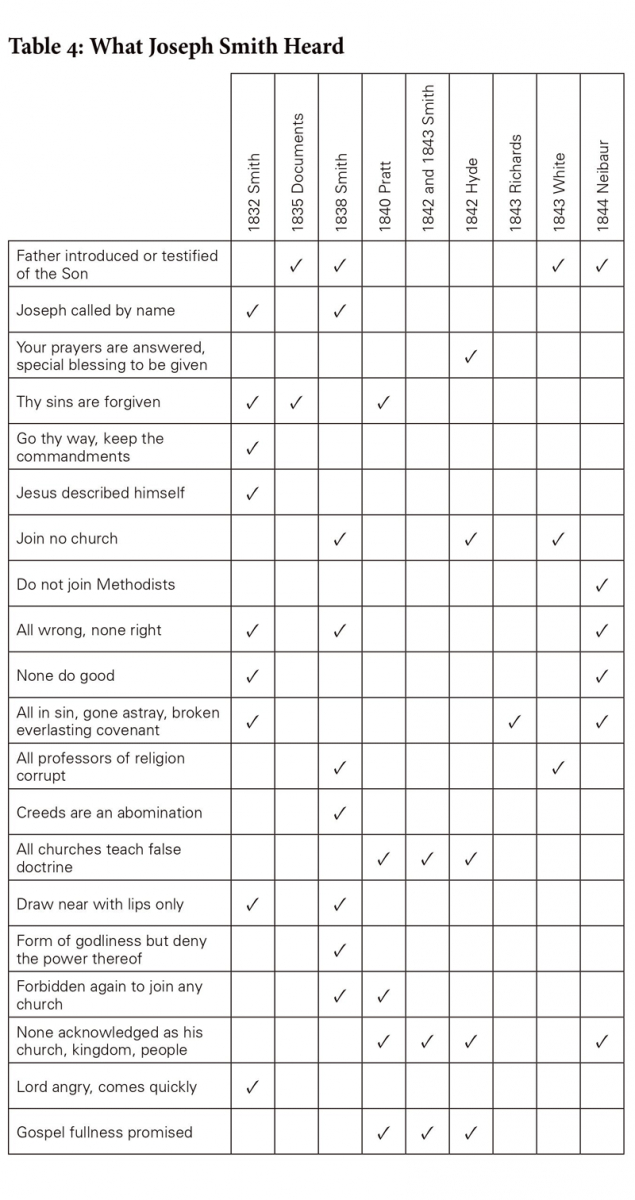 Table 5: Aftermaths of the Vision 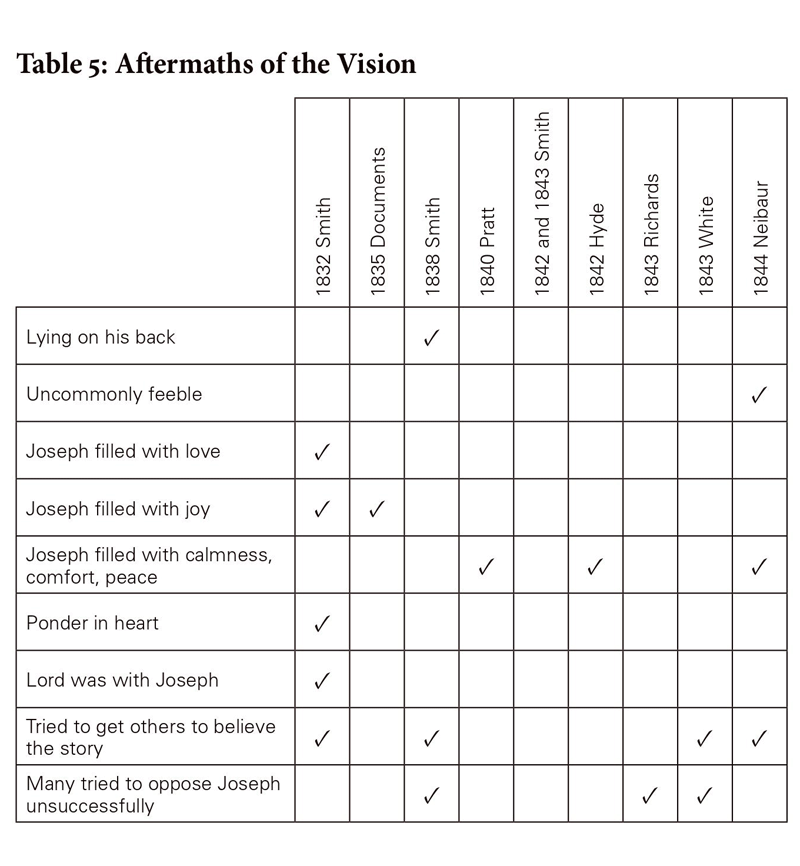 Read the Other Restoration Posts 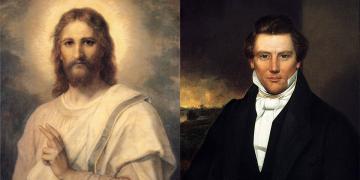 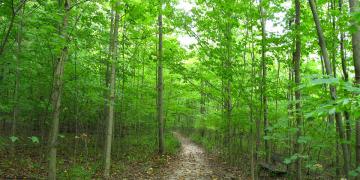 Celebrating the Restoration Day 5: Day 5: The Book of Mormon as the Handbook of Church Administration
April 3, 2020 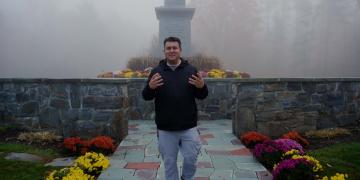