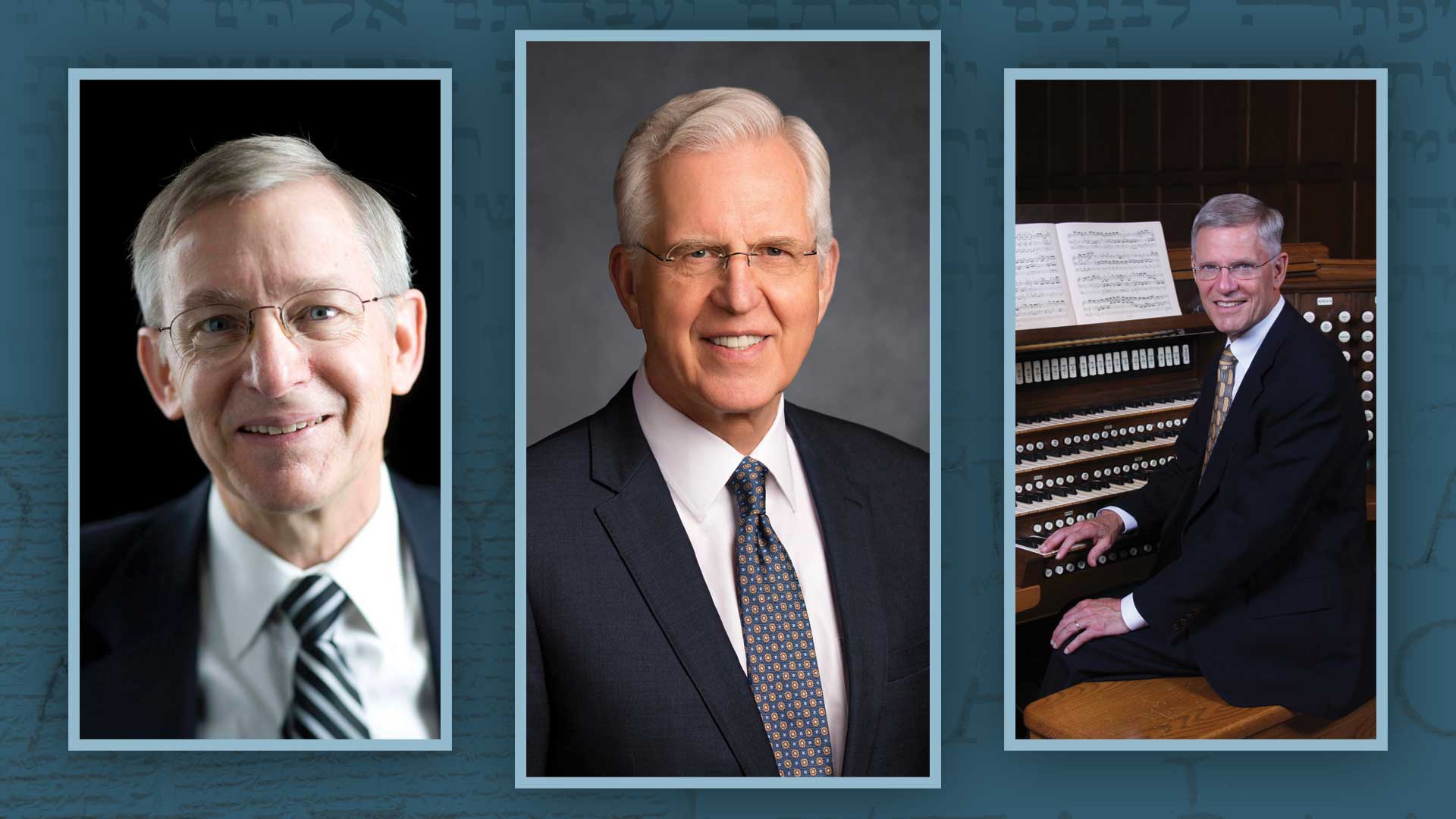 Free, Virtual Fireside: An Intimate Evening with the Welches and Christoffersons

James B. Welch on the Organ accompanied by other outstanding musicians
Remarks from John W. (Jack) and Jeannie Welch
Remarks from Elder D. Todd and Katherine Christofferson

In 1972, two young Latter-day Saint couples met on the lawn of the Durham, NC meetinghouse. D. Todd Christofferson and his wife, Katherine, had just finished law school at Duke University and were headed to a clerkship with US District Judge John J. Sirica. John W. Welch and his wife, Jeannie, had just finished a Fulbright Scholarship at Oxford and were about to begin law school at Duke. Christofferson had served his mission in Argentina, Welch in Germany. Both were BYU graduates.

Elder D. Todd and Katherine Christofferson went on to have 5 children. He made a name for himself working on the Watergate trials, then practiced law in Washington, DC. He was general counsel for large banks in Nashville and Charlotte before being called as a General Authority. He was President of the Mexico South Area, then Executive Director of the Family and Church History Department before being called as one of the 7 Presidents of the Seventy. In 2008, Elder Christofferson was called to the Quorum of the Twelve.

Jack and Jeannie Welch went on to have 4 children. He practiced law in Los Angeles, founded FARMS, then joined the BYU law faculty where he taught for 40 years. Jack edited BYU Studies for 26 years, the Encyclopedia of Mormonism, and the Collected Works of Hugh Nibley. He wrote significant books such as The Sermon at the Temple and the Sermon on the Mount and The Legal Cases in the Book of Mormon. Then in 2015, Jack along with Lynne Wilson founded Book of Mormon Central.

Jack’s younger brother, James Welch, served his mission in Brazil. He received his Doctor of Musical Arts Degree in organ performance from Stanford. He studied in France and Austria before becoming an internationally renowned concert organist. He and his wife, Deanne, are the parents of two sons. They recently relocated to Provo after spending decades in the Bay Area where James was University Organist of Santa Clara University.

August 16th is a red-letter day in Jack and Jeannie Welch’s affairs. On August 16, 1967, Jack discovered chiasmus in the Book of Mormon while on his mission in Regensburg, Germany. Fifty years later to the day, scholars from many faith traditions joined 1,500 well-wishers on BYU campus in celebration of the Chiasmus Jubilee keynoted by Elder Jeffrey R. Holland. On August 16, 2021, Jack and Jeannie enter the MTC prior to 18 months of missionary service on the faculty of BYU Hawaii. Sometime soon, James and Deanne will go to the BYU Jerusalem Center where James will serve a mission as organist in residence.

49 years after meeting in Durham, NC, Jack and Jeannie Welch and D. Todd and Katherine Christofferson will again be together at a fireside. You are invited to attend virtually on the Book of Mormon Central English and Spanish YouTube channels.