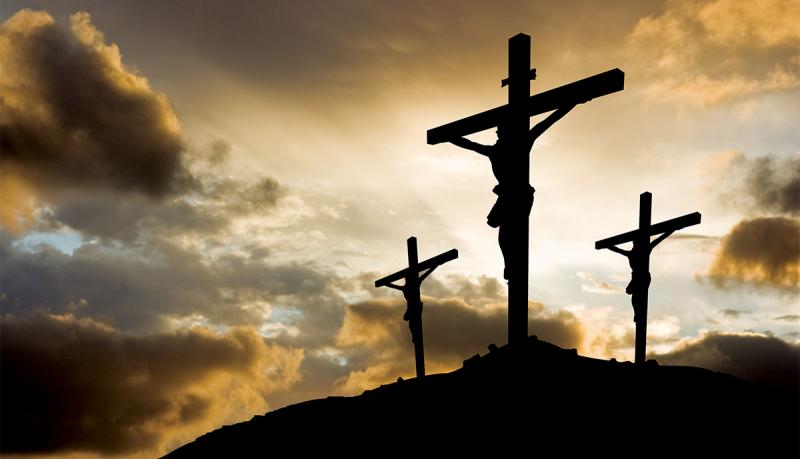 Image of the Crucifixion by stuart via Adobe Stock

However, both ancient and modern prophets have encouraged us to also look to the Crucifixion of Jesus Christ as the source of salvation.3

The sacrificial death of Jesus Christ is integral to Christ’s Atonement. Latter-day Saints can get closer to God and develop a greater appreciation for the Atonement as they study and ponder the importance of the Crucifixion in their lives. The Book of Mormon, the Doctrine and Covenants, and teachings from modern prophets give Latter-day Saints important reasons to pay closer attention to this vital topic.

1. The Book of Mormon actually has more to say about the death of Christ than His sufferings in Gethsemane

The Book of Mormon can give Latter-day Saints a profound appreciation for the sacrificial death of Christ. In several ways, the book enriches our understanding of the Savior’s sufferings in Gethsemane (Mosiah 3:7; Alma 7:11), but it also consistently emphasizes Christ’s death as a key part of His Atonement. While only a handful of Book of Mormon passages potentially allude to Christ’s sufferings in Gethsemane, over 40 of them teach about the importance of His crucifixion.4

For example, the idea that Christ was “lifted up” on the cross is a recurring theme in the Book of Mormon. Jesus Christ best taught this concept when He visited the Nephites in America:

And for this cause have I been lifted up; therefore, according to the power of the Father I will draw all men unto me, that they may be judged according to their works.5

In these scriptures, when Jesus Christ defines His gospel and Atonement, He does so in terms of the cross.6 The beautiful purpose of Christ’s Crucifixion, as defined by Himself, is to exalt all of mankind if they will accept His Atonement (Moses 1:39).

2. The signs of Christ’s Crucifixion were so important that Jesus kept them in the resurrection

After enduring the infinite pain and suffering of the Atonement, Jesus rose again from the dead in a resurrected, glorified, perfected body. Yet His “perfect” body still contained the marks of crucifixion, namely the nail prints in His hands and feet, and the incision in His side.

At least one of the reasons Christ kept these signs was to help identify Him as the Son of God and the Savior of the World.7 For the disciples in the New Testament, the nail prints in Christ’s hands and feet indicated that He was the same man who had died on the cross, but was now alive (John 20:27; Luke 24:39).

The Nephites in the Americas had never seen Jesus Christ, yet the mark on His side may have helped identify Him as someone who had been ritually sacrificed. Mesoamerican scholar Mark Wright explained, “To a people steeped in Mesoamerican culture, the sign that a person had been ritually sacrificed would have been an incision on their side — suggesting they had had their hearts removed.”8

It’s also possible that Jesus kept the wound marks on His body to serve as a reminder of the great personal suffering and cost of His Atonement. Elder Jeffrey R. Holland has expounded,

As a reminder of those days, Jesus has chosen, even in a resurrected, otherwise perfected body, to retain for the benefit of His disciples the wounds in His hands and in His feet and in His side—signs, if you will, that painful things happen even to the pure and the perfect; signs, if you will, that pain in this world is not evidence that God doesn’t love you; signs, if you will, that problems pass and happiness can be ours. . . . It is the wounded Christ who is the Captain of our souls, He who yet bears the scars of our forgiveness, the lesions of His love and humility, the torn flesh of obedience and sacrifice. These wounds are the principal way we are to recognize Him when He comes.10

3. Nephi’s Tree of Life may symbolize the crucifixion of Jesus Christ

One of the powerful messages of the Book of Mormon is that Jesus Christ performed the Atonement out of love for us. In Nephi’s vision of the Tree of Life, an angel helped him learn that the Tree of Life is a symbol of “the love of God, which sheddeth itself abroad in the hearts of the children of men” (1 Nephi 11:22).

Nephi then learned what the love of God really entails, as he witnessed the life, ministry, and culminating death of Jesus Christ. “And I, Nephi, saw that he was lifted up upon the cross and slain for the sins of the world” (1 Nephi 11:33). In some ways, the Tree of Life may symbolize the tree upon which Jesus Christ was hanged when he was crucified for the sins of the world (Deuteronomy 21:23).11

4. The Crucifixion is integral to the Atonement

Certainly, the most important reason Latter-day Saints should study, ponder, and appreciate the Crucifixion of Jesus Christ is because it was part of the Atonement. The Fall of Adam caused mortality, sin, and suffering to enter the world. Man could never return to the presence of God without an infinite and eternal sacrifice (Alma 34:12).12 To anticipate this sacrifice, disciples offered animal sacrifices since the time of Adam (Moses 5:6–8). These sacrifices served as a similitude of Jesus Christ—the Lamb of God—whose infinite and eternal sacrifice was completed when He died for our sins on the cross.13

The Book of Mormon makes it abundantly clear that the death of Jesus Christ is tied to His atoning power. To those gathered at the temple in Bountiful, Jesus explained that He was “slain for the sins of the world” (3 Nephi 11:4, emphasis added). Moroni likewise affirmed that “all men are redeemed, because the death of Christ” (Mormon 9:13, emphasis added). And during his mission to the Lamanites, Aaron testified that “there could be no redemption for mankind save it were through the death and sufferings of Christ, and the atonement of his blood” (Alma 21:9, emphasis added).

And now, as pertaining to this perfect atonement, wrought by the shedding of the blood of God—I testify that it took place in Gethsemane and at Golgotha, and as pertaining to Jesus Christ, I testify that he is the Son of the Living God and was crucified for the sins of the world. He is our Lord, our God, and our King. This I know of myself independent of any other person.14

Latter-day Saints will gain understanding, inspiration, and spiritual power as they better recognize how the Crucifixion of Jesus Christ is an important part of His Atonement. Christ’s Crucifixion—along with His perfect life of service, His infinite suffering in Gethsemane, and His glorious Resurrection—opens the gates of redemption for all mankind and prepares a way for each of us to return to the presence of Heavenly Father. 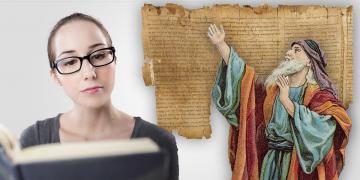 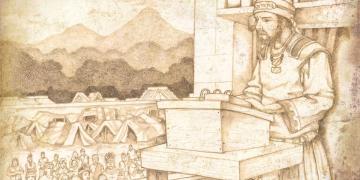 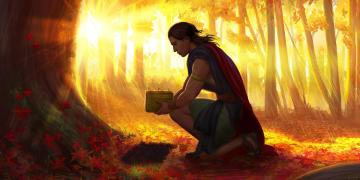 7 Short Videos to Kick Off Your Book of Mormon Come Follow Me Study
January 1, 2020 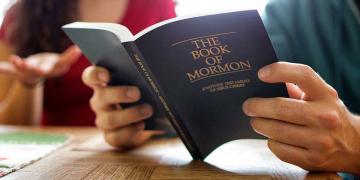 4 Tips and Resources for getting the most out of your Come Follow Me Book of Mormon scripture study
December 31, 2019 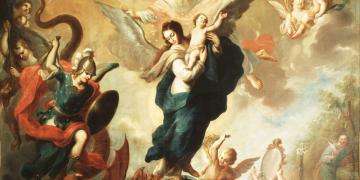 Studying the Bible and Book of Mormon Together Helps Us Understand the Book of Revelation
December 26, 2019